Just wrote a letter to Major General Schofield earnestly demanding the release of Mr. Bradley Bunch. Asks Harding to visit Bunch and tell him to not lose hope. Spoke to General Davidson, who said that the case was beyond his jurisdiction. Hopes that General Schofield will be able to attain Bunch's release. Would like Harding to occasionally visit Bunch and to check that he is not suffering too badly. Ends the letter by stating that he will write again in a few days with an update on the affair with Mr. Bunch. 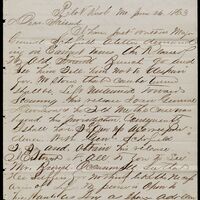 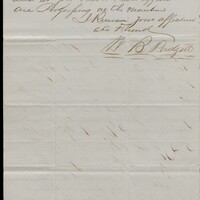