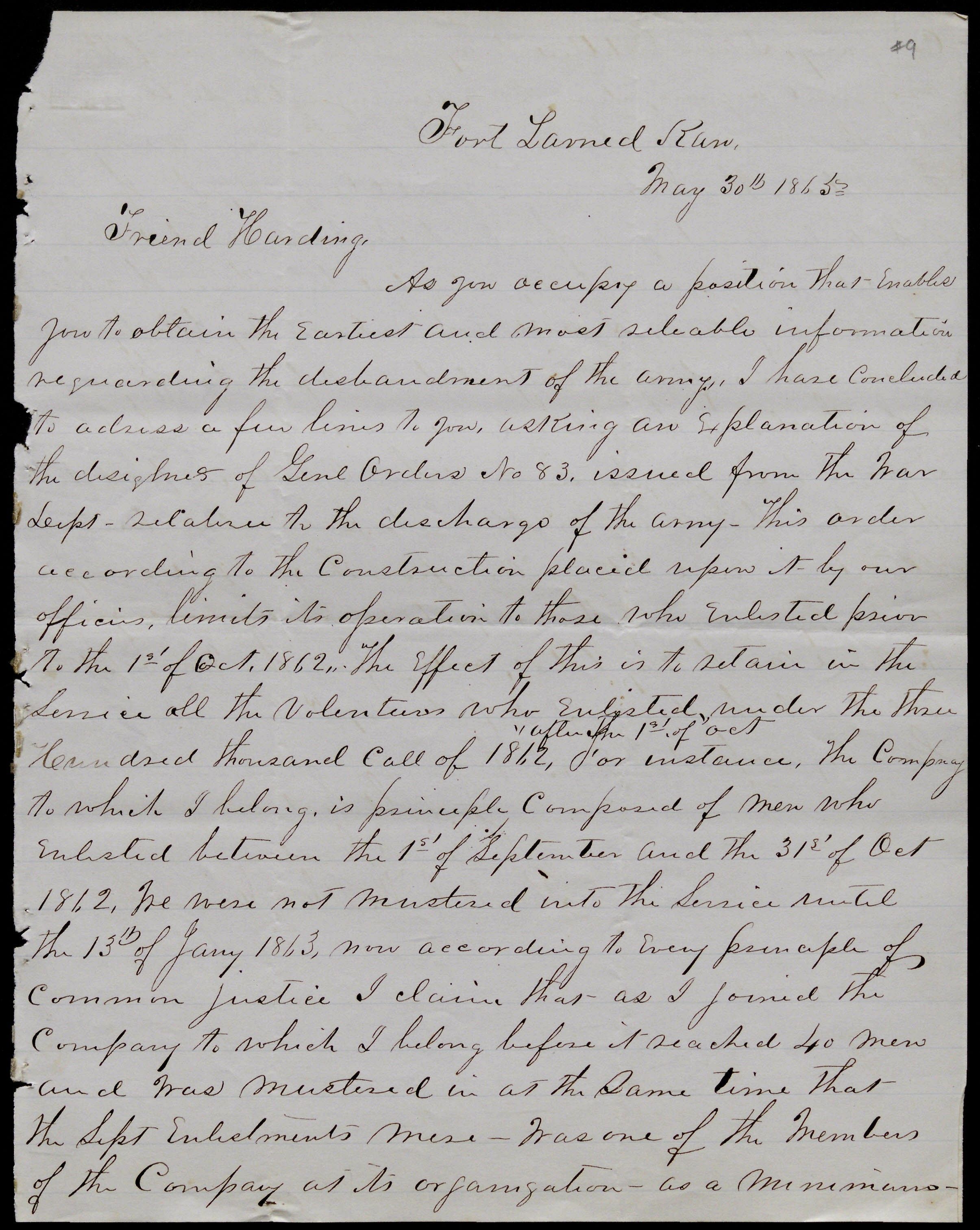 Fort Larned [?], May 30th 1863[?] Friend Harding, As you occupy a position that enables you to obtain the Easiest and most seleable information reguarding the [desb?]andment of the army, I have concluded to [?]ess a few lines to you, asking an explanation of the [desighnes?] of Genl Orders No 83, issued from the [?] [Leipt?] [relaliace?] to the discharge of the army. This order according to the Construction placid [repew?] [?] by our offices, limits its operation to those who Enlisted prior to the 1st of Oct, 1862, the Effect of this is to retain in the Service all the Volunteers who Enlisted under the three hundred thousand call of [aflength] 1st of Oct 1862, for instance, the Company to which I belong, is principle [Composid] of Men who Enlisted between the 1st of September and the 31st of Oct 1862, [?] were not mustered into the Service until the 13th of Ja[ny?] 1863, now according to every principle of Common justice I [?] that as I fo[inid?] the Company to which I belong before I reached 40 men and has mustered in at the same time that the Sept Enlistments [mese?]-- has one of the of the members of the Company at t[?] organization-- as a [Mimmiano?].