The Collection’s transcripts are research tools. We want the transcript to mirror the original document as much as possible. We want to keep all of the author's original wording and punctuation. This includes spelling mistakes, places where the writer has crossed things out, and places where they added more later.

To create a new transcript, make sure you are logged in and open your chosen document on transcribe.gilderlehrman.org. Choose a page that has not been transcribed and click on the "Transcribe" link. You can now transcribe the document in the text box to the right of the image.

From The Gilder Lehrman Institute on Vimeo.

While reading through the newspaper, you will likely encounter a unique letter that looks like an f but is in fact a letter known as the “long s.” The words underlined in red (pictured below) all use the “long s.” It’s helpful to remember that the “s” looks like an “f” that shouldn’t be there. If a word you are transcribing has the “long s” in it, use an “s” rather than a “f” in the transcription. 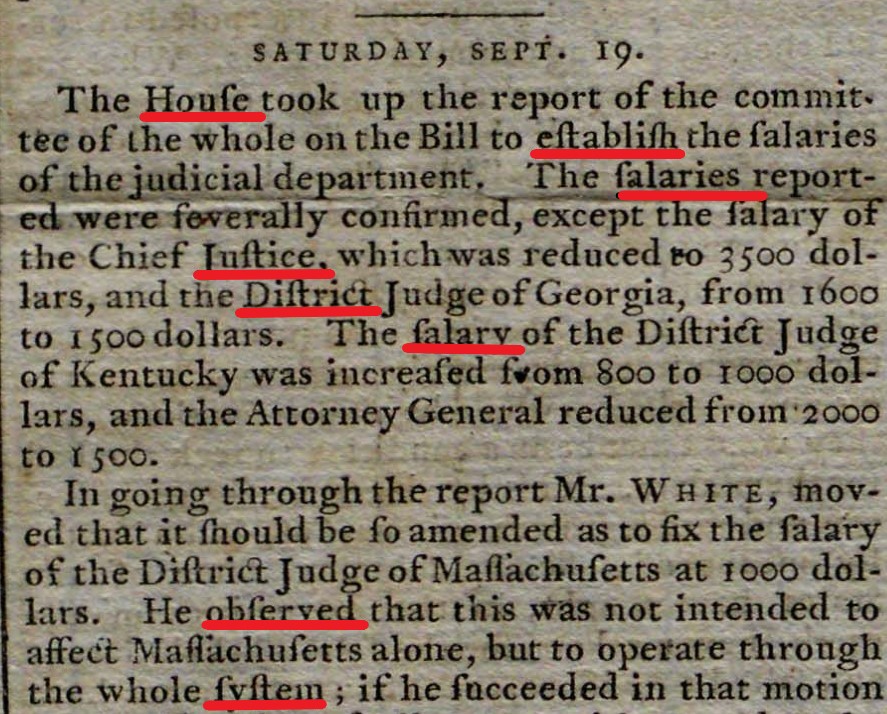 Making Notes as a Transcriber

Sometimes when you are transcribing a document, you need to make notes to help the people who will use the transcripts in the future. All of these editor’s notes should be made in italics.

Some of the reasons you would need to make a note are described below.

If a document is typed with handwritten additions, follow these guidelines:

GLI staff are available to help you if you have any questions not covered in this guide. You can email us at DigitalVolunteers@gilderlehrman.org.