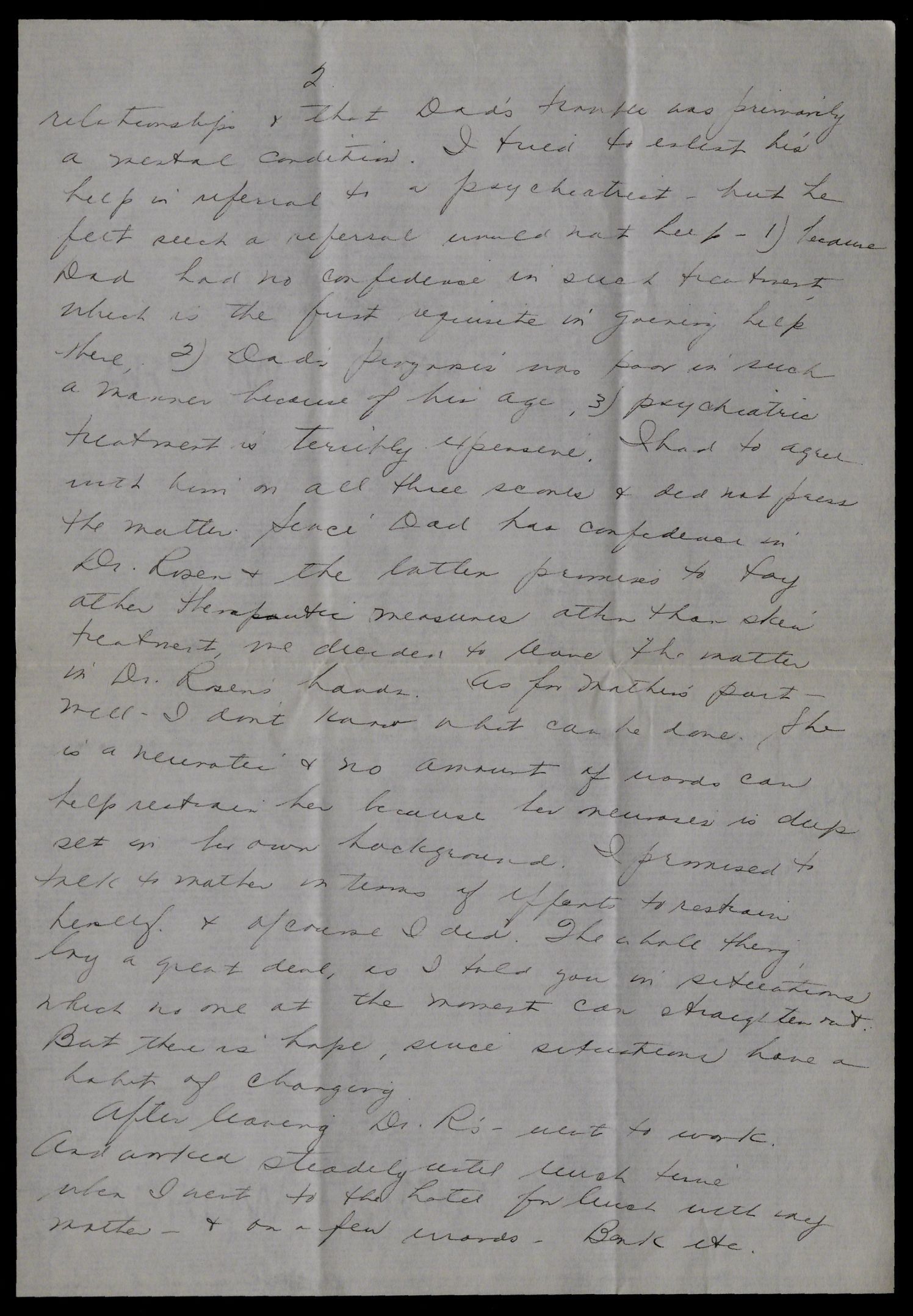 relationships and that Dad's trouble was primarily a mental condition. I tried to enlist his help in referral to a psychiatrist -- but he felt such a referral would not help -- 1) because Dad had no confidence in such treatment which is the first to requisite in gaining help there, 2) Dad's prognosis was poor in such a manner because of his age, 3) psychiatric treatment is terribly expensive. I had to agree with him on all three points and did not press the matter. Since dad has confidence in Dr. [Risen] and the latter promises to try other therapeutic measures other than skin treatment, we decided to leave the matter in Dr. [Risen's] hands. As for Mother's part -- well -- I don't know what can be done. She is a neurotic and no amount of words can help restrain her because her neurosis is deep set in her own background. I promised to talk to mother in terms of efforts to restrain herself and of course I did. The whole thing, try a great deal, as I told you in situations which no one at the moment can straighten out. But there is hope, since situations have a habit of changing. After leaving Dr. R's -- went to work. And worked steadily until lunch time when I went to the hotel for lunch with my mother -- and on a few errands -- Bank etc.