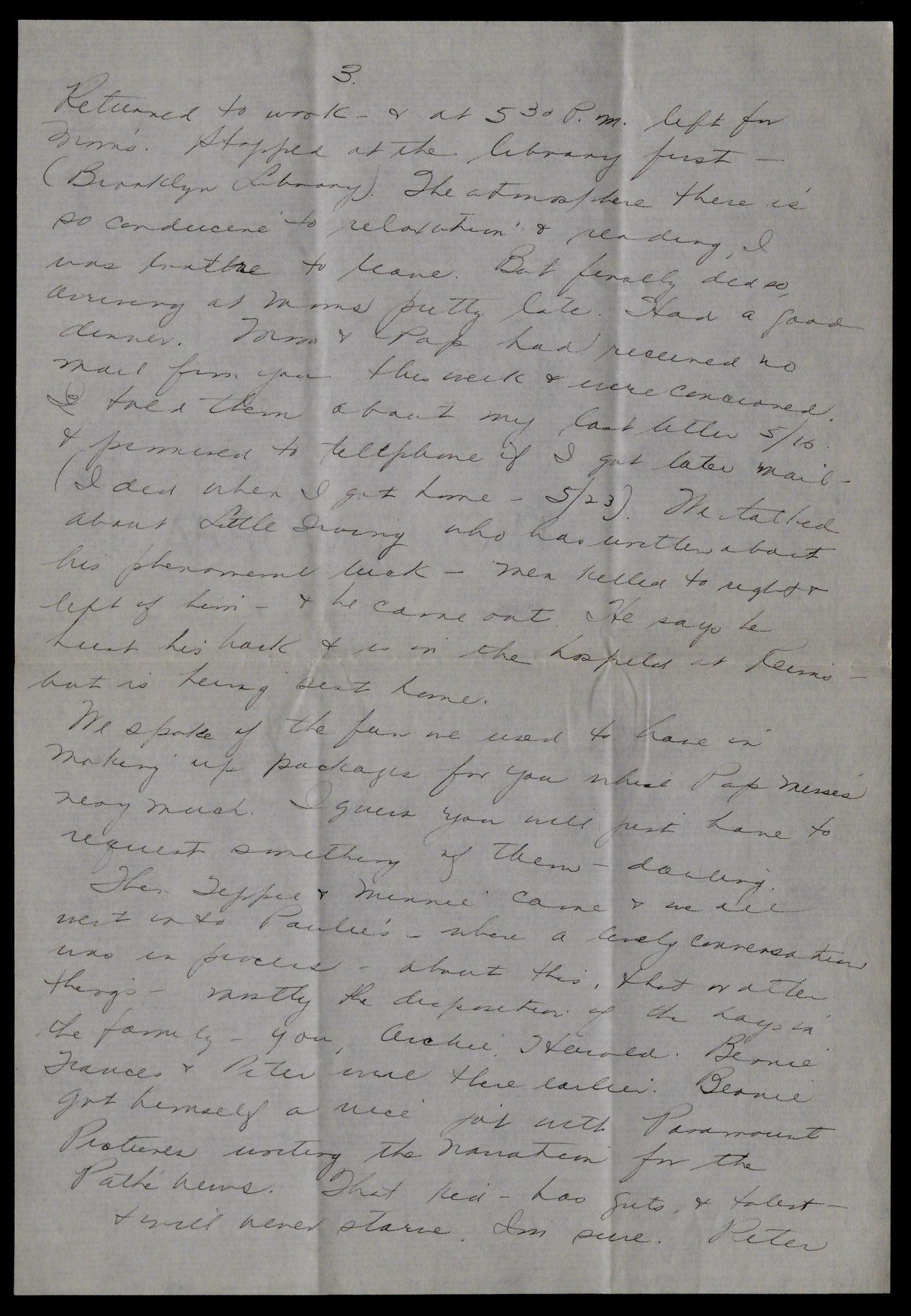 Returned to work -- and at 5:30 P.m. left for Mom's. Stopped at the library first -- (Brooklyn Library). The atmosphere there is so conducive 'to relaxation' and reading, I was loathe to leave. But finally did so, arriving at Moms pretty late. Had a good dinner. Mom and Pop had received no mail from you this week and were concerned. I told them about my last letter 5/16 and promised to telephone if I got later mail -- (I did when I got home -- 5/23). We talked about Little Irving who has written about his phenomenal luck -- Mom talked to right and left of him -- and he came out. He says he hurt his back and is in the hospital in [Queen's] <Queen's, New York, because Brooklyn was mentioned> -- but is being sent home. We spoke of the fun we used to have in making up packages for you which Pop misses very much. I guess you will just have to request something of them -- darling. Then [illegible] and Minnie came and we all went into Paulie's -- where a lovely conversation was in process --about this, that and other things -- mostly the desperation of the days in the family -- you, Archie, Harold, Bernie, Frances and Peter were there earlier. Bernie got himself a nice job with Paramount Pictures writing the narration for the Pathe' news. That kid -- has guts and talent -- and will never starve. I'm sure. Peter