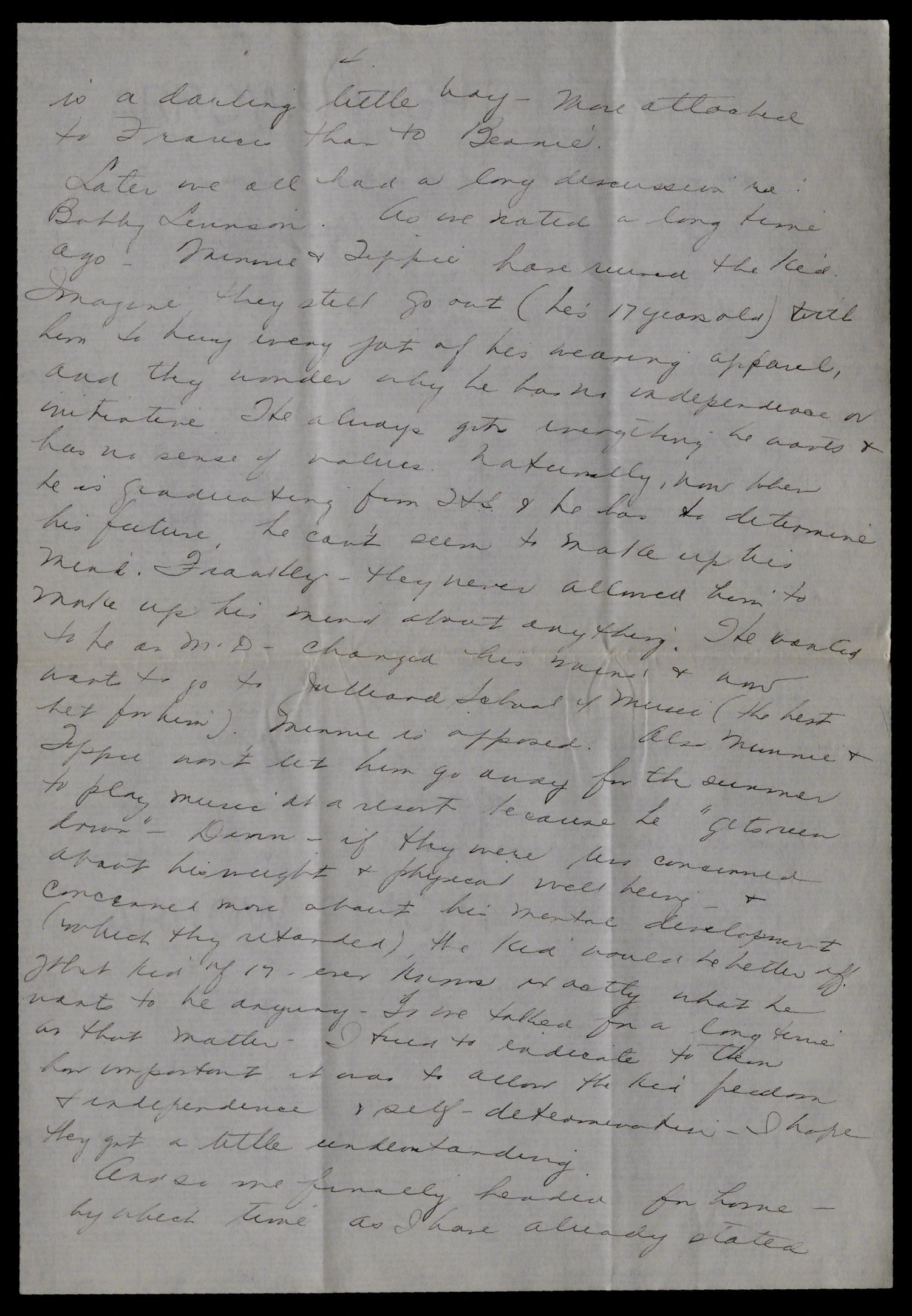 is a darling little boy -- more attached to Frances than to Bernie. Later we all had a long discussion 're.' Bobby [Lennson]. As we noted a long time ago -- Minnie and [illegible] have ruined the kid. Imagine, they still go out (he's 17 years old) with him to buy every [part] of his wearing apparel, and they wonder why he has no independence or initiative. He always gets everything he wants and has no sense of values. Naturally, now when he is graduating from H.S. and he has to determine his future, he can't seem to make up his mind. Frankly -- they never allowed him to make up his mind about anything. He wanted to be an M.D -- changed his mind and now wants to go to Juilliard School of music (the best bet for him). Minnie is opposed. Also Minnie and [illegible] won't let him go away for the summer to play music at a resort because he " [illegible] [illegible]" -- Darn -- if they were less concerned about his weight and physical well being -- and concerned more about his mental development (which they retarded, the kid would be better off. That kid of 17, never knows exactly what he wants to be anyway -- So we talked for a long time on that matter -- I tried to indicate to them how important it was to allow the kid freedom and independence and self determination -- I hope they got a little understanding. And so we finally headed for home -- by which time as I have already stated