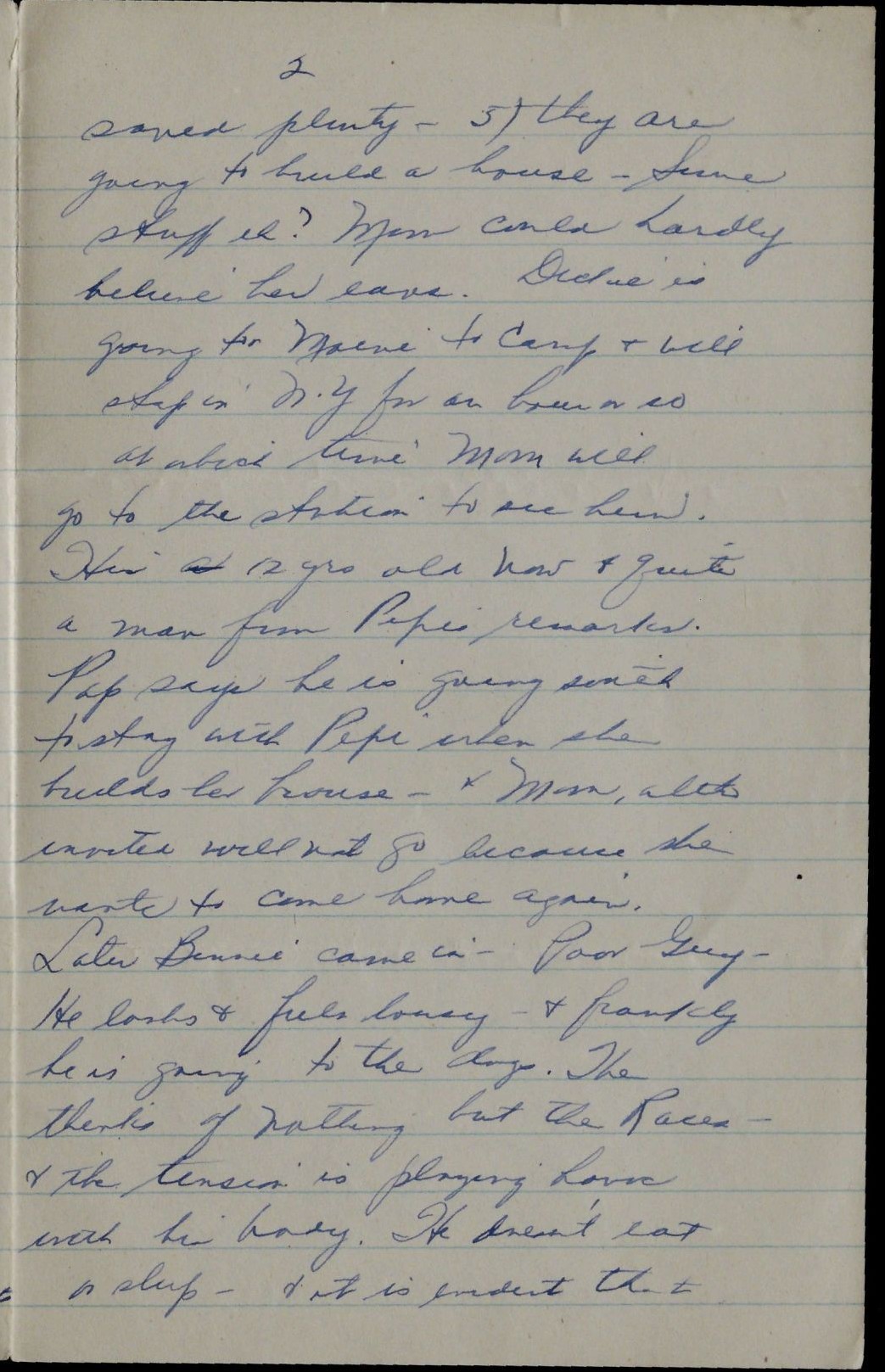 2 saved plenty 5) they are going to build a house - Some stuff eh? Mom could hardly believe her ears. Dickie is going to Maine to camp and will stop in N.Y. for an hour or so at which time Mom will go to the station to see him. He's 12 yrs old now and quite a man from Pepi's remarks. Pop says he is going south to stay with Pepi when she builds her house and Mom, altho invited will not go because she wants to come home again. Later Bernie came in, Poor Guy. He looks and feels lousy and frankly he is going to the dogs. He thinks of nothing but the Races and the tension is playing havoc with his body. He doesn't eat or sleep and it is evident that